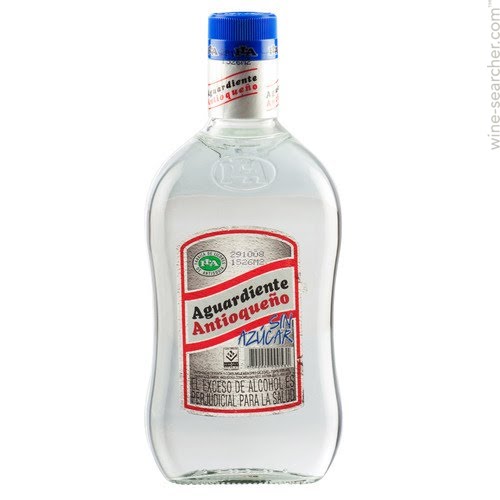 Today I am featuring a liqueur that you may recognize as an ingredient to many other drinks that have previously been featured on this blog. One of which was last week’s Canelazo, who’s first ingredient was none other than Aguardiente. This week though, we find out where this drink is popular and what exactly it is and tastes like. So let’s jump right in shall we.

Aguardiente can be a generic term for alcohol containing between 29-60% alcohol by volume. It literally means water (aqua) and fiery (diente) so fire water. Which, to me seems pretty appropriate. Aguardiente is a distilled spirit using water and other available ingredients. It is generally made with sugar or sweet must, vegetable macerations or mixture of the two.

Many countries and regions make aguardiente, but today we are going to focus on is Columbian aguardiente. Here the liqueur is anise flavored and derived from sugar cane, popular in the Andean region. Which if you remember last week’s post, the Canelazo was also a favorite in the Andean region, which makes sense. Regions or states, if you will, are known as departments in Columbia and each department of Columbia is allowed to produce aguardiente. But, the only catch is that the departments can’t be sold to or through each other.

The way different companies differentiate the flavor of their aguardiente’s is through the different amounts of anise, which is said to completely change the flavor profile. This has made for stiff competition between various companies and brands. With aguardiente being the most popular alcoholic beverage in the Andean region since the Spanish area it holds true that there are many companies putting their products out there. The only rival beverage to the aguardiente is rum, but that is purely in the Caribbean region of the country.

Looking to try the varying flavors and types of aguardiente in Columbia? Great, time to book with Ambassador Travel by calling 920.236.7777 or visit our website ambassadortravelltd.com to schedule an appointment to find out more!