Last week I asked you what the 7 Modern Wonder’s of the world are. For some of you, you may not even have known there were modern wonders. I was told by one of my readers that as soon as he read last week’s post he immediately googled 7 Wonder’s of the World to see what they were. To me that is such a great compliment because it means that my readers are learning more about the world around us and hopefully I am inspiring that learning to become travel to see these places for yourself.

The 7 Modern Wonder’s of the World are as follows:

Chichen Itza located in Yucatan, Mexico and was built in 600 A.D. 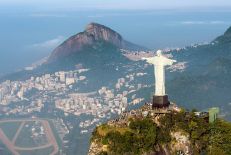 The Great Wall of China, located throughout China built in 700 B.C. 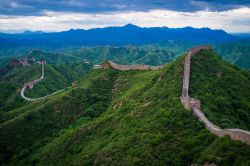 Machu Picchu located in the Cuzco region of Peru, built in 1450 A.D. 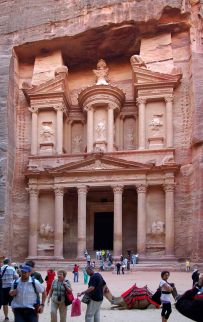 and the Colosseum built in 80 A.D. located in Rome Italy

The last remaining of the original 7 Wonder’s of the World is the Great Pyramid of Giza, located in Giza, Egypt and built in 2560 B.C. This was actually given an honorable mention when the voting was done to establish the new Modern Wonders. The other 6 of the original include: The Hanging Gardens of Babylon, the Temple of Artemis at Ephesus, the Statue of Zeus at Olympia, the Mausoleum at Halicarnassus, the Colossus or Rhodes and the Lighthouse of Alexandria. The vote for the Modern Wonder’s began in 2000, where over 100 million votes were cast via phone and online. The total came in 2001 when the list was established. Some notable runners up were: the Eiffel tower, Acropolis of Athens, and the Statue of Liberty.

For more information about any of the Modern Wonder’s of the world please give us a call 920.236.7777 or visit our website ambassadortravelltd.com